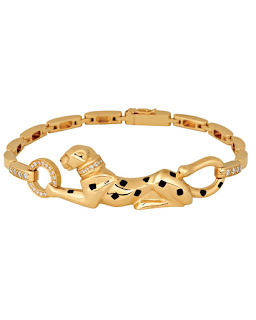 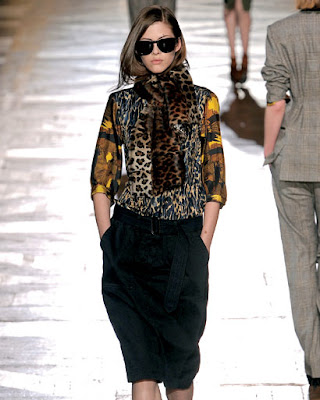 Leopard Print
Posted by Amethyst A. Woodard at 4:54 PM No comments:

Email ThisBlogThis!Share to TwitterShare to FacebookShare to Pinterest
Labels: FASHiON

Posted by Amethyst A. Woodard at 2:00 PM No comments:

Email ThisBlogThis!Share to TwitterShare to FacebookShare to Pinterest
Labels: MUSiC 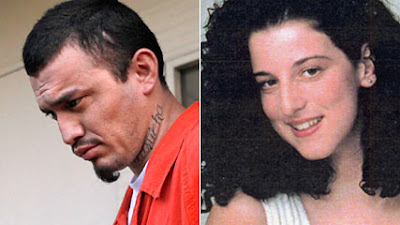 (Oct. 25) -- A woman who was attacked by the same man accused of murdering Washington intern Chandra Levy said she screamed as loud as she could and fought to escape her "creepy" assailant.Halle Shilling described the terrifying run-in with Ingmar Guandique in court today as prosecutors tried to prove that the attack is consistent with the way way Levy was killed in 2001.Shilling said she was jogging in Washington D.C.'s Rock Creek Park in 2001 when she first noticed Guandique watching her."He was creepy," Shilling said this afternoon, according to The Washington Post. "He was watching me. His head tracked me as I ran by." Soon after, Guandique, armed with a knife, pounced. Shilling told the court today that she screamed and thrust her hand into his mouth in a self-defense tactic that may have saved her life.In their opening statement this morning, prosecutors told a jury today that they have finally found the man who killed Chandra Levy, nearly a decade after the death of the Washington intern shocked the country and cast suspicion on the congressman with whom she was having an affair."Who is the face in the shadows? Who is following her?" Assistant U.S. Attorney Amanda Haines asked the jury in her opening statement, The Washington Post reported earlier today. "This man, Ingmar Guandique."Eight years after her slaying, Guandique was charged with the 2001 murder, sexual assault and kidnapping of 24-year-old Levy.


In the months after Levy's death, former Rep. Gary Condit, D-Calif., quickly came under scrutiny after reports that he and the 24-year-old intern were involved in a sexual relationship, something that never should have happened, Haines said today.According to The Associated Press, Haines said law enforcement "really let Miss Levy and her family down" and "veered in the wrong direction because of the media and sensationalism."But defense attorney Maria Hawilo said that "from the beginning, the police failed and fumbled this case," and told the jury that prosecutors are making the same mistake now. Guandique, she said,according to WTOP in Washington, is simply "an easy scapegoat." 29-year-old Guandique, an illegal El Salvadoran immigrant and prominent MS-13 gang member, is serving a 10-year sentence for nonfatal attacks on two other women in Washington. Prosecutors say he told other prisoners that he raped and killed Levy.Levy's disappearance on May 1, 2001, triggered a massive search and, later, a national obsession over what happened to the young intern. Her body was discovered a year later, in the city's Rock Creek Park, a wooded area filled with jogging trails.


Guandique was convicted of the 2001 attacks on two women who were jogging in the park, Shilling and another woman who is also expected to testify at the murder trial. But prosecutors do not necessarily have a slam-dunk case. The only piece of evidence connecting Guandique to Levy is an alleged jailhouse confession and a photograph of her that prison officials found in his cell, The Washington Post noted. But there is no murder weapon and no DNA evidence linking him to the crime. He has pleaded not guilty.Condit, 62, is expected to testify at the trial as well, CNN reports. Although he was never officially considered a suspect, the Democrat's political career never recovered from suspicions that he might have had something to do with Levy's killing. He is shopping a manuscript of a book he's written about the ordeal, AOL News reported earlier this month.The trial, presided over by Judge Gerald I. Fisher in D.C. Superior Court, could last a month. Twelve women and four men have been seated on the jury.
Posted by Amethyst A. Woodard at 1:38 PM No comments: