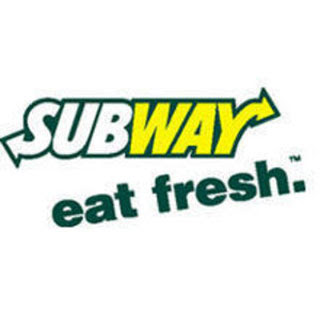 According to the Wall Street Journal, McDonald's is no longer at the top of the fast food world. French fries, burgers and thick shakes are no longer the"in demand" menu around the world.  The Big Mac has been taken over by the five dollar sub. That's right; the Subway sandwich chain has taken over as the number one largest restaurant chain worldwide. While McDonald's still holds the title for being in the most countries, with 117 to Subway's 95, the restaurant numbers come in with Subway having almost 1,500 more restaurants. The original McDonald's opened in 1937 and has been on top for many years. Subway, on the other hand, only opened its doors in 1984. So what made this newer business able to reach and outnumber the world-famous McDonald's?

I believe a lot of it has to do with the increasing obesity rate around the world, but especially in the United States. As a country that is born into "Happy Meals" and lives on a diet of Big Macs and fries, it is not surprising that the waistline of consumers is growing.

With the constant push for healthier eating and exercise in the global media coverage, people have started to re-evaluate their eating habits. Subway made a huge marketing move when they decided to jump on the weight loss bandwagon with their "Jared's Subway Diet" marketing campaign. Jared Fogel began as a 425-pound man who lost 245 pounds in one year by eating two Subway sandwiches a day. The promotion of this "diet" showed people that eating out could still be healthy, and I think it is this idea that helped push Subway over McDonald's.
* I LOOVVVVVEEEEE this !!! WOHOOOOOOOO
Posted by Amethyst A. Woodard at 5:13 PM