Who is Faisal Shahzad? 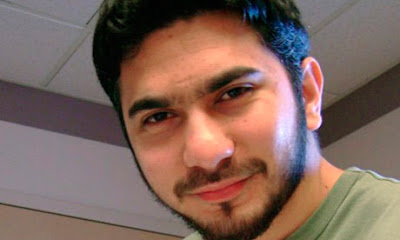 Faisal Shahzad , a Pakistan-born naturalized U.S. citizen from Long Hill Avenue in Shelton, Conn., is accused of driving the 1993 Nissan Pathfinder loaded with a propane-and-gasoline bomb into Times Square on Saturday, May 1.

Charges were not announced but he is due to appear in a Manhattan federal court Tuesday, according to a statement from Holder's office.

"Mr. Shahzad, an American citizen, was taken into custody at JFK Airport in New York as he attempted to board a flight to Dubai," Holder told a news conference at the Justice Department in Washington after midnight.

He said the intent of the attack was "to kill Americans," and added: "This investigation is ongoing, it is multi-faceted, and it is aggressive. As we move forward, we will focus on not just holding those responsible for it accountable, but also on obtaining any intelligence about terrorist organizations overseas."

The suspect is a 30-year-old who recently returned from a five-month trip to Pakistan. He reportedly bought the Nissan Pathfinder with cash from a 19-year-old female college student from Bridgeport, Conn.

Peggy Colas arranged to meet Shahzad through the listings web site Craigslist a week before the failed bombing attempt. The alleged terrorist was said to have paid $1,300 for the vehicle.

An advertisement that appears to be for the vehicle, which had 141,000 miles on the odometer appeared on at least two web sites, stated that it was in good condition — "CLEAN inside and out!!" — with a recently repaired alternator and a new gas pump, distributor and front tires, according to a New York Times report.

According to The New York Times , a neighbor said that Shahzad and his wife, Huma Mian, spoke limited English and kept mostly to themselves. The couple had two young children, a girl and a boy, said the neighbor, Brenda Thurman.
Posted by Amethyst A. Woodard at 12:09 PM