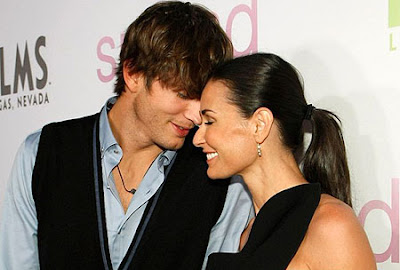 "Modern-day slavery is such a complicated issue, but we're trying to do what we can to make men think twice before they engage in this," says Moore, 48, as she prepares to leave the secretive location of CAST, the Coalition to Abolish Slavery & Trafficking. "The message to the guys is, these girls aren't who you think they are."
Today, Moore and Kutcher, 33, begin beaming their anti-sex-trafficking message around the world. Harnessing Kutcher's social media clout — he has 6.5 million Twitterfollowers — and capitalizing on friendships with the likes of Sean Penn and Justin Timberlake, they've created a series of video clips with the slogan "Real Men Don't Buy Girls" that they hope will go viral and raise awareness (see them at facebook.com/dnafoundation).
"Our doing this is not some sort of career strategy thing," says Kutcher, whose Demi and Ashton Foundation targets the sexual exploitation of minors. "In fact, I'd probably be doing a lot better in my career if I focused a little more on that and less on this stuff."
Posted by Amethyst A. Woodard at 12:35 PM